As I stood in a chilly conference room inside a brightly lit Catholic church in Seattle, with my four-month-old baby in my arms, I had a feeling I can only describe as familiarly unfamiliar. It was the same church in which my husband and I had gotten married three years prior, but now I was there in preparation of our son’s baptism. It was the first baptism I’d ever attended, and it was my own son’s.

Neither my husband nor I are particularly religious in the faiths we were brought up in – Catholicism for him, Hinduism for me – but we’d like to teach our son about both, and others. Being baptized as Catholic didn’t mean we weren’t simultaneously raising him as Hindu.

Still, something about standing there, in a familiarly unfamiliar place, made me very nervous, until I saw a sign.

Not an existential sign in the form of a ray of sunlight or shadowy picture, but a real, literal sign with “The Golden Rule” in the middle and the signs for 13 of the world’s top religions around it. 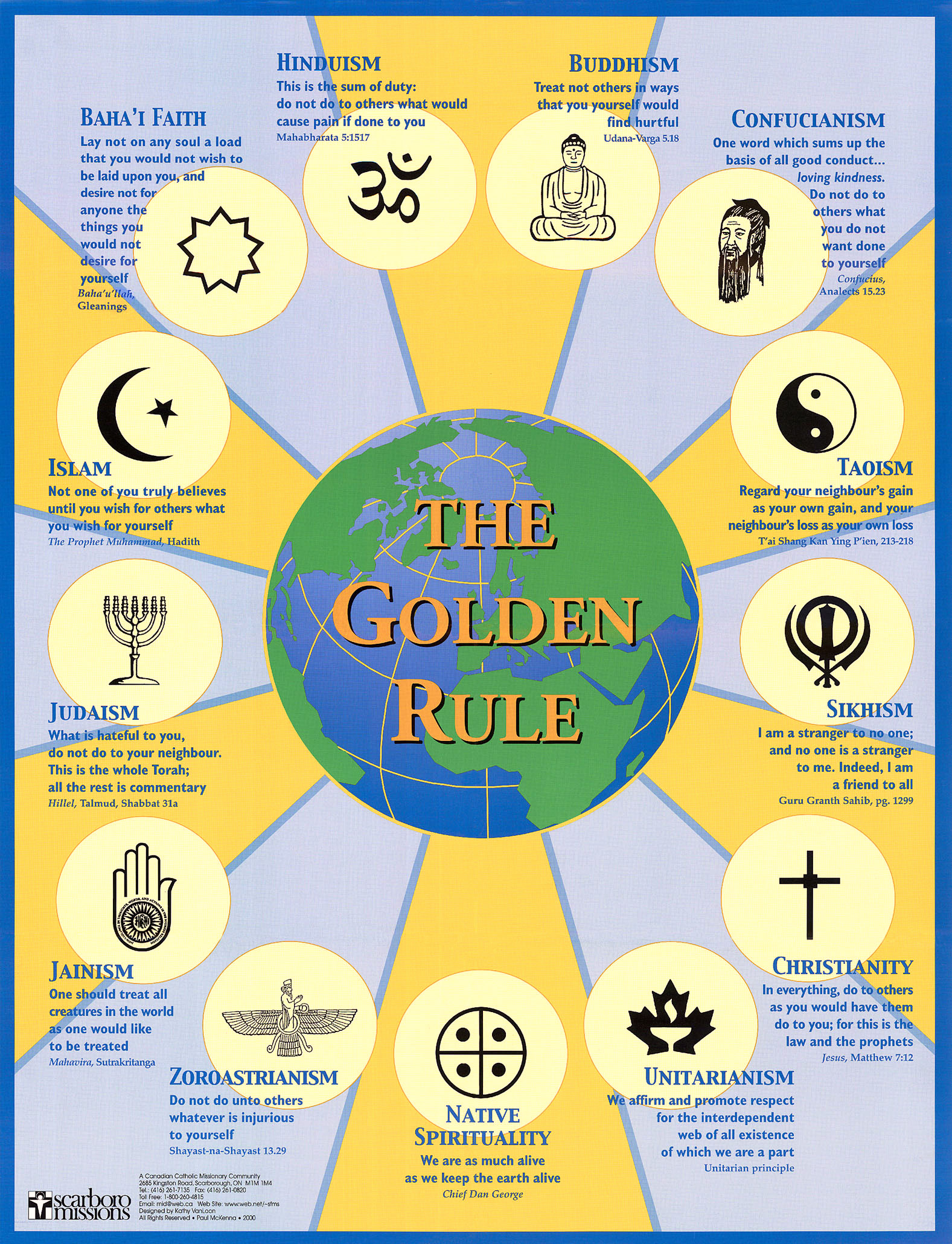 It had had a passage from the religious texts of each of the 13 religions; each passage said basically said the same thing at the core – treat everyone and everything in the same way you’d like them to treat you. It immediately gave me a sense of comfort, and I breathed a sigh of relief.

Whichever religion, if any, my son may choose, I realized in that moment that that was the message I’d like us to teach him. Now, at nearly three years old, my son is a proud owner of the Baby Ganesh and is learning the story and mantras, and also is starting to learn about Jesus. And I’ve also made it my goal to pair some books on different religions during his bedtime.

Here are a few:

How To Diversify Your Playroom to Teach Kids About Racism